It’s Facilitation Week and I have been reflecting on my facilitation journey this year because I have made leaps and bounds in the sphere of graphic or visual facilitation this year!

At the start of the year, I truly believed I couldn’t draw. Then I went on some training and found my confidence. Since then, I have been practicing and building to the moment where I could produce a set of flipcharts with graphics drawn by my own hand.

To explain, my flipcharts up to this point have been an exercise in perfection and I’m not going to lie … they take ages. I do them well in advance and I start with the borders. I have an industrial sized ruler that I use to give me perfect straight borders. In case of emergencies, I draw up extra borders on remaining sheets in advance so that in case I ever needed to do a flipchart on the fly, in the moment I would be prepared. I also never drew on my perfectly-bordered flipcharts … I printed, cut out and then stuck pictures on them. And they were beautiful!

The flipcharts I described became known as the “Diversity Dana Signature Style”. I was known for these. And no one knew that it was because of necessity. I felt I couldn’t draw. I was petrified of drawing. Ergo, I found a way around. I did not draw.

All of this changed last week. I did it! I did flipcharts for a 2-day workshop, fully and completely in my own hand. I even did the borders freehand. And boy did it take a lot less time. I feel like I’ve been punishing myself all this time.

And overall, I feel proud of what I achieved. One of the learners in the session said “Dana did you make these?” and I hesitantly said “Yes …” – but it was followed by a compliment. He was impressed that I wrote and drew them myself. An encouraging start! #winning

I’m going to be honest again – I’m not sold on the freehand border business. They just looked wrong to me. But I’m going to share a few of the flipcharts from the session at the end of this blog. I’m showing the ones I did last year for the same course with printed and stuck pics alongside the ones I drew this year. And I really and honestly welcome your feedback, especially on the border issue. You might be wondering if I mean that given my last blog, but I promise – I do!  Freehand or straight-edged? It’s a dilemma!

What’s next for me? I’ve always dreamed of being one of those facilitators who do their flipcharts on the day of the session, or even while the session is in progress. Watch this space!

Also just so you know the images on cartoon Dana’s flipchart, shown with this blog post were drawn by me! 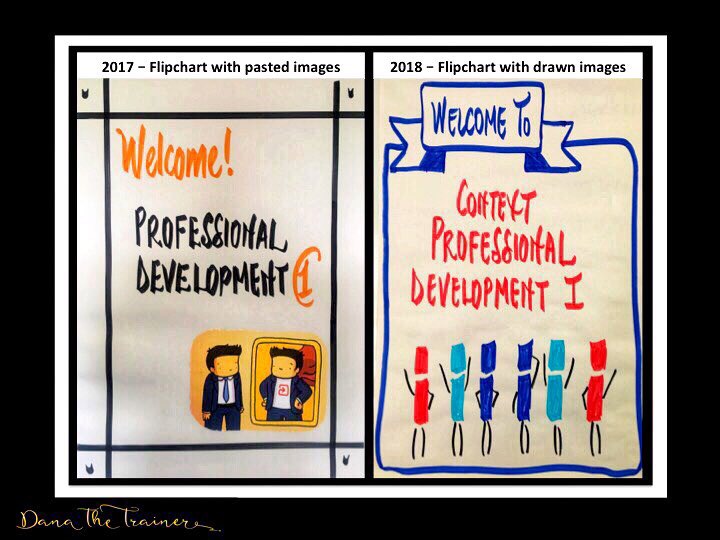 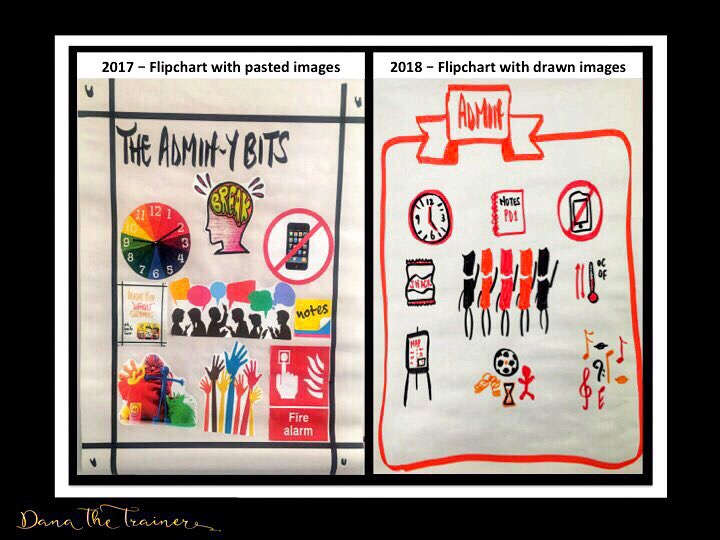 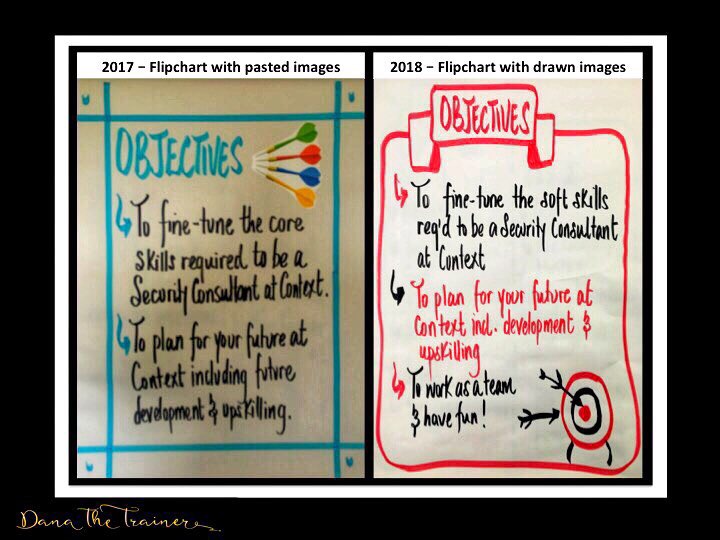 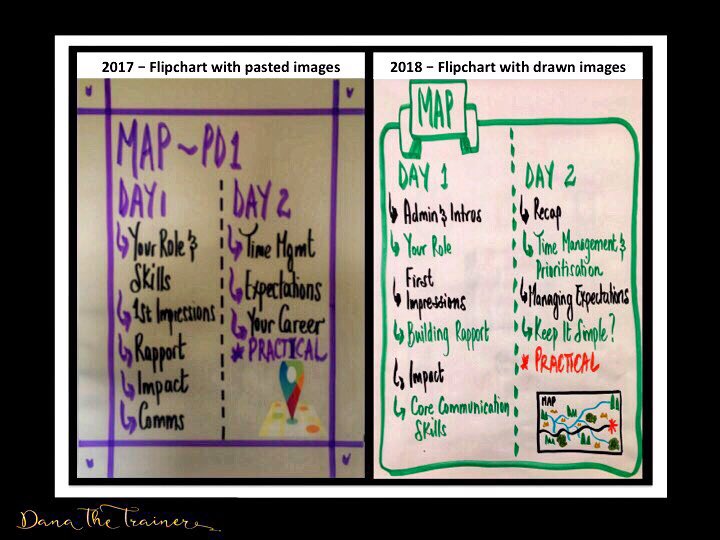 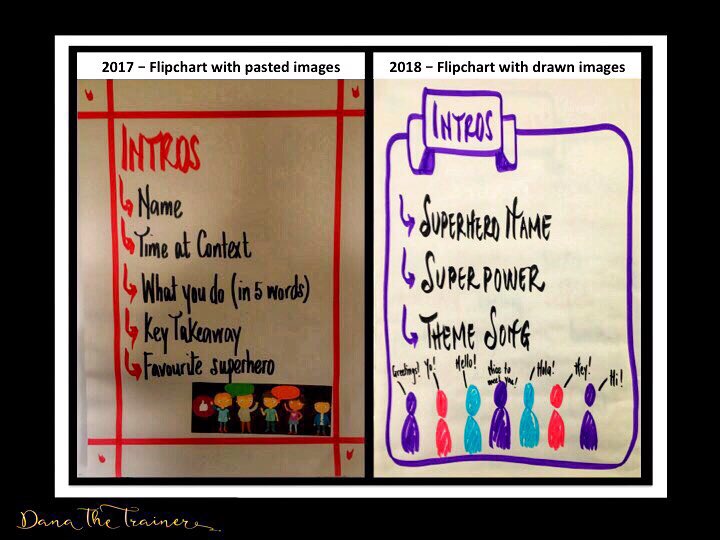