Last September I started an amazing journey with the Civil Service Fast Stream.

What’s the Civil Service Fast Stream? Glad you asked! It’s basically the government’s graduate scheme and it’s one of the highest rated graduate schemes in the UK.   It’s extremely competitive. It’s estimated that over 20,000 people apply each year and only 5% make it on the scheme. With a rigorous recruitment process in place the scheme consists of the best and the brightest minds who are passionate about the future of Civil Service, solving the big issues and focusing on delivering high quality services for the public.

I had the opportunity to work with 32 Fast Streamers in Government Digital Services (GDS) teaching the principles and practices of Agile. They were all on Emergn’s Agile Practitioner Pathway which starts with a 2-day classroom course teaching the basics followed by a series of 10 once a week sessions, each focusing on specific elements of Agile which challenged the graduates to implement learning in practice on their projects.

At the start, the group did not believe that it was possible for them to enact change in traditional teams with entrenched norms. They asked for examples and stories from my experience and then from within the Civil Service specially to find out where Agile worked and how it worked, especially how obstacles were overcome. They kept asking, not believing that it was possible, especially at their age and status to implement Agile ways of working. But the challenge was for them to focus less on the past and others’ success stories, but to create their own stories and successes through practice. 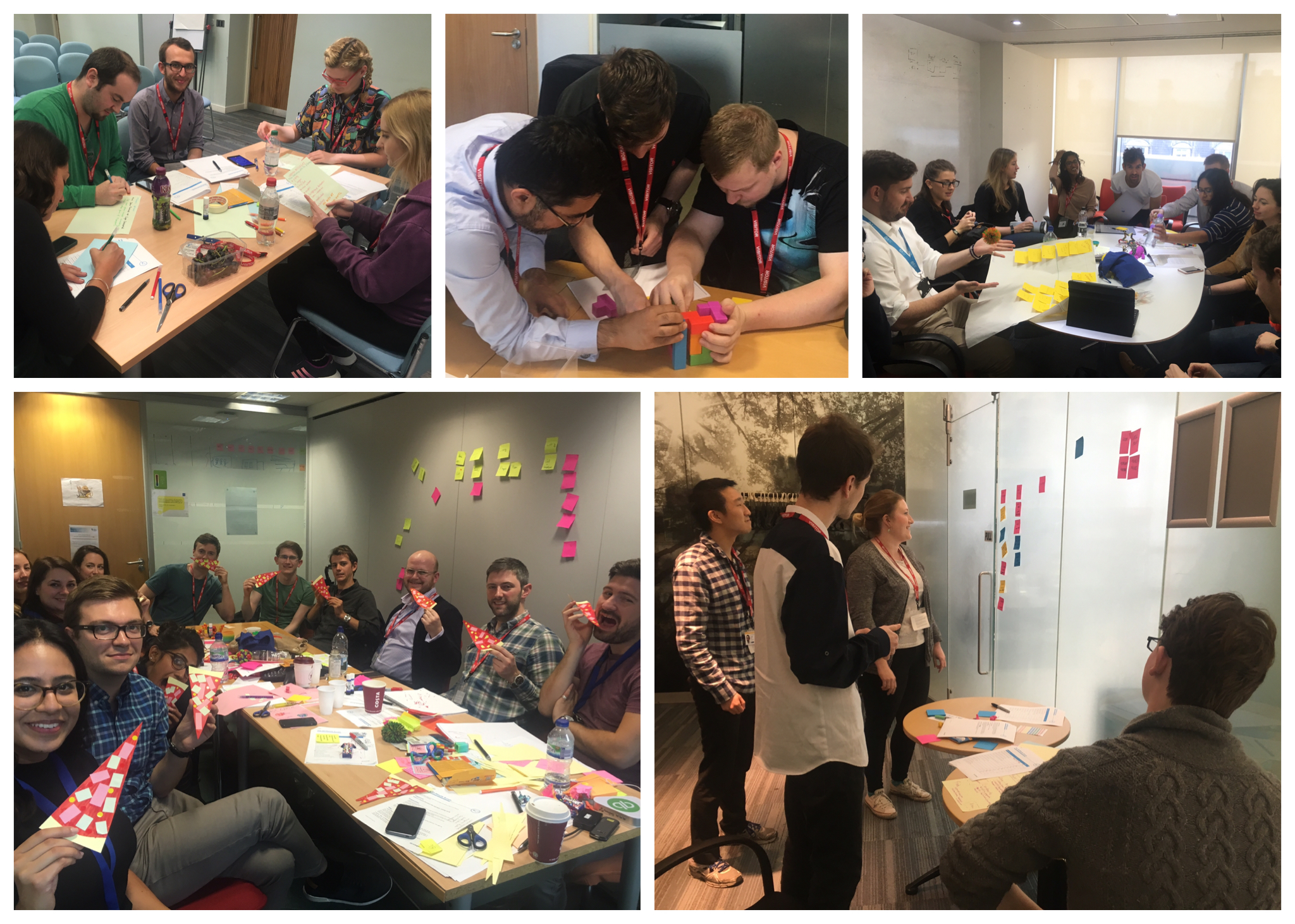 And they did! They were brave and relentless in the face of opposition – adapting Agile for their teams, making changes and suggestions and seeing results. There was even Agile by stealth where changes were being made backed by logic and good sense, but without the label of “Agile” in instances where the very word brought fear to teams and made them resistant. And yes there was a trophy at stake (I awarded one each week to the highest performer) and they were very competitive. But it became so much more than that especially because they were all invested in making government better. Every week they were inspiring and encouraging each other – and I’ll admit it … inspiring me. I left every week buoyed by their energy, determination and  their achievements. I was sad when it was all over. I really missed our weekly sessions. 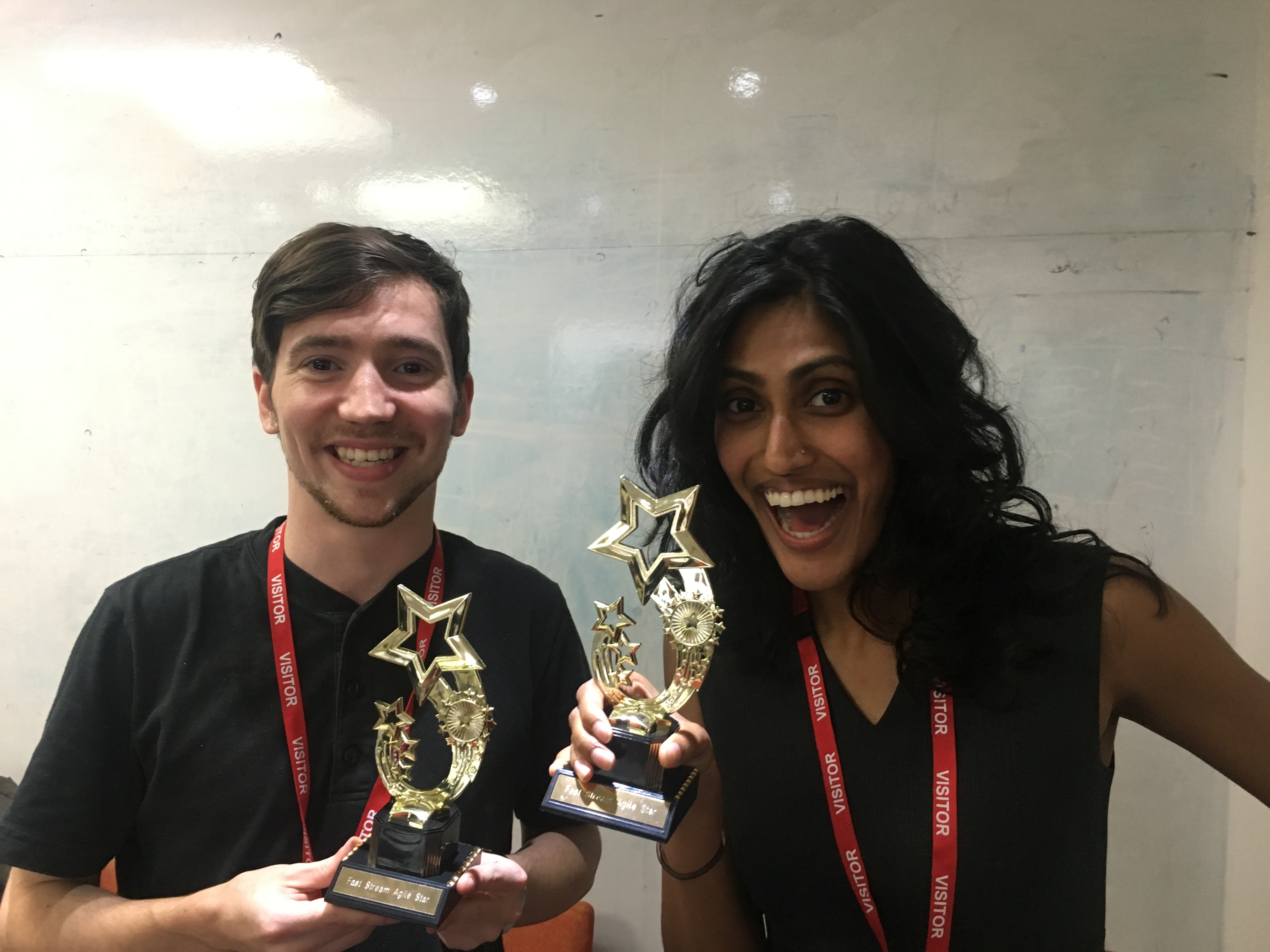 I’m writing this on the day of The Showcase where 6 of the group were chosen to present their work to a wider audience of their peers and leaders. I don’t know if I have ever felt so proud or rewarded in my career than I did just watching them talk about their approach and their success and hearing them answer the questions of their peers. I reflected on the start of the journey when they were asking me the same questions they were being asked and I challenged them to create their own stories, and marvelled at how they had risen to the challenge. 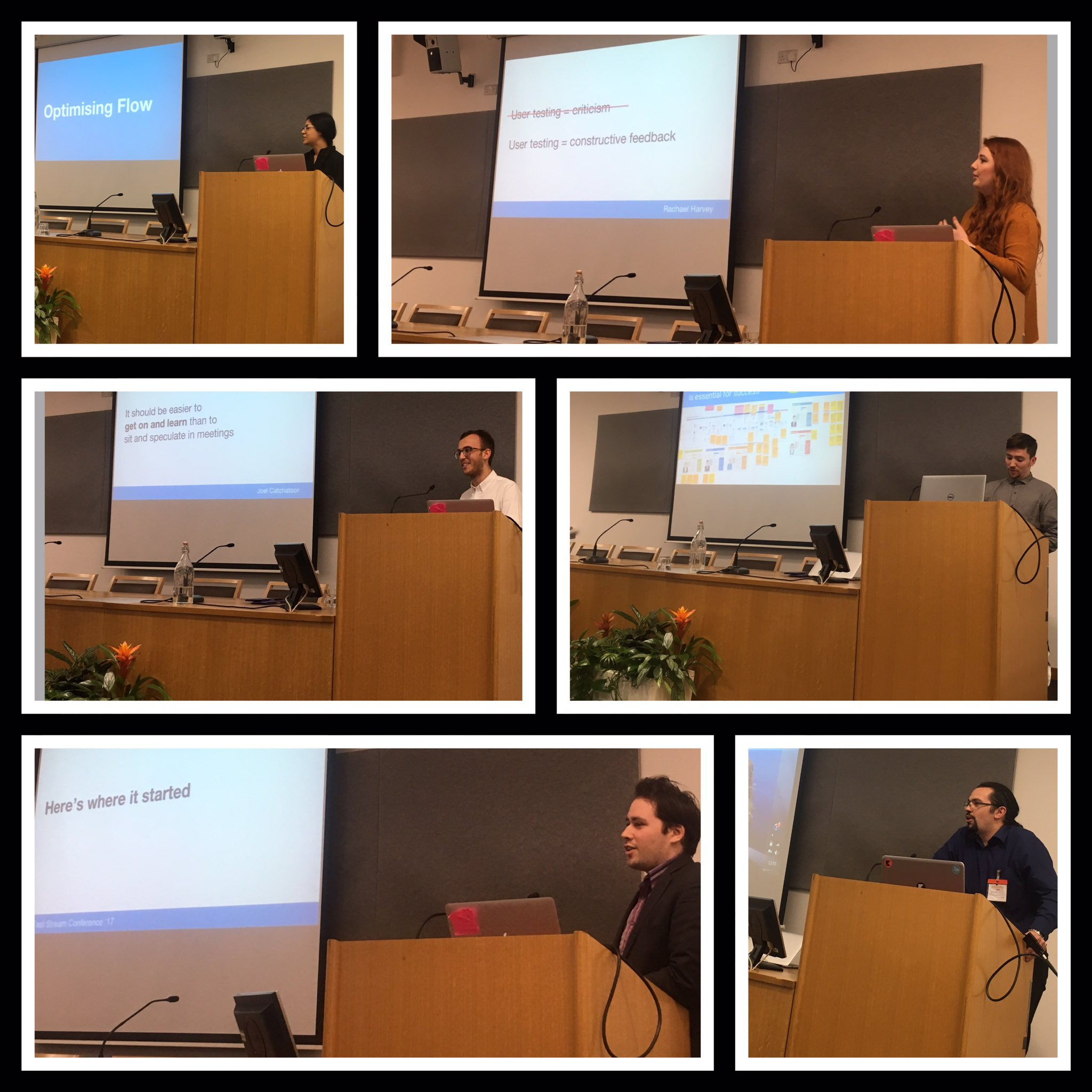 And so, my advice to anyone thinking about embarking on an Agile journey or starting to work in an Agile way is to understand the aims and the principles and then … to get started. A Big Bang massive change all at once is not required. Small steps, little by little are enough to get started and start making changes that lead to results. And once the small changes yield success, it increases teams’ appetite to embrace further change and belief in the principles.

My final piece of advice is – don’t be afraid to use informal terms and language in your journey. Sometimes even the mention of Agile or Scrum scares people, puts them on the defensive and brings resistance and obstacles especially when they have had negative experiences in the past. An incremental approach consisting of small changes that make sense and simple language they understand, especially if it’s the common language of the organisation or the lexicon agreed to by the team is the key to success.