A few weeks ago my Graphic Designer, the mastermind and artist who has drawn “Dana” since she became Diversity Dana, decided that she was no longer going to freelance. I got her note, and everything went white for a minute. The “Dana” she draws is a core part of my brand and online presence. Not to mention that we were at the point in our relationship where without me saying very much, she managed to draw the perfect illustration, which in many cases matched the thing I saw in my mind that I could not put into words.

I was in complete and utter panic, and couldn’t fathom how to replace her. Because it’s not like starting from scratch – I love “Dana” as she’s drawn currently, so I needed someone who could replicate or get close to the current style. How to do that? Well, I posted an ad across several freelancer channels. To my ad, I attached several examples of “Dana” and directed respondents to my blog where they could see even more “Dana’s”. In a nutshell, my ad said:

Can you draw a “Dana” like the “Dana” in the pictures attached? If yes – please send me a simple sketch. I’m going to take the best sketches and set up a formal test where I provide a brief and have you draw to the brief.

I woke up the next day and was inundated with responses. I was so excited. The good news was that everyone responding said that they were confident that they could 100% match my current graphic artist’s style. But then I opened the sketches and got … well here are some of the best ones. 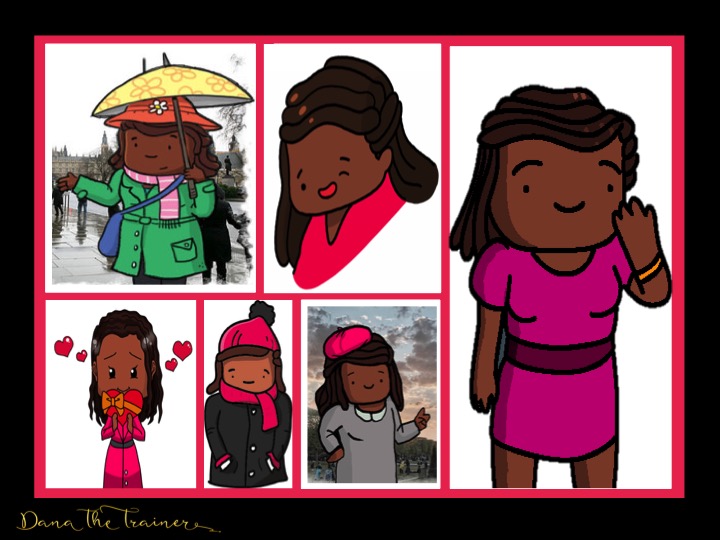 It was a long 2 weeks to find her replacement, and it reinforced many things I always knew. The first is that while “Confidence is King”, it can really only get you so far. Too often, there is a BIG difference between what people say they can do, and what they can actually do. So as employers we have to keep finding ways to make sure that what we see in an interview, translates to performance on the job and that the people that you select and hire can actually do what you’ve hired them to do.

The second is that finding talent, that right person for the job, is really hard work. So when you do find them, and they do awesome work, and even better you get into a groove with them – it seems like a no-brainer to do everything in your power to keep them and keep them happy. Now, that of course doesn’t guarantee that they won’t ever leave. But it does mean that when they do it won’t be for something that could have been easily remedied on your watch.

Luckily there is a happy ending to this story.  I found “THE ONE”. She’s actually drawn the “Dana” that illustrates this blog post. I’m sure that if I hadn’t already told you, you would not have realised that I had a change in artist. When I saw her test drawing, I swear angels started singing. I am looking forward to a long, happy and prosperous working relationship.